Though, because some of the top affiliates have left the network, and actually done an about face, it may be a truly bad sign. Or is it? First the details. In 2013, the co-founders of the company provided the following plans for affiliates. The initial co-founders were Vincent Ortega, Jr., Mark Hoverson, Clifton and Ashley Hatfield. The company website never included the full compensation plan. Along the same lines, there is no claim to an average income for affiliates.

Now one could argue that it is more fair than over-promising and under-delivering. That’s one of the main claims to a scam that many will call out. Though, again, this is not the case with Internet Lifestyle Network. They do not attempt to claim how many affiliates make or lose money through the company’s system. Again, that is often a way for companies to get into a lot of trouble.

In particular, here is why. When a company makes any claims as to the potential success or failure rate, they become a target for advertising claim laws that are overseen by the Federal Trade Commission‘s Truth In Advertising rules. Though for a business-savvy individual who wants to evaluate affiliates to choose one that is worth their efforts, such lacking information is problematic. Not knowing the average income for affiliate participants makes it difficult to plan, and to determine if it would be a worthwhile effort.

The Claims They Do Make
The company sticks with a generalization geared toward top earners. It states that top earners make at least $10,000 per month, month after month. That is the official statement by Vincent Ortega, Jr. He is not only the co-founder of this company but also the owner and creator of Speed Wealth System.

According To FTC Rules

If sellers, unlike the Internet Lifestyle Network, make claims about potential earnings, they are obligated to provide separate paper work that documents earning specifics. For instance, the expectation would be for the percentage and number of actual people who achieved those results (or even better than that.) This is according to the Federal Trade Commission’s Bogus Business Opportunities.

That in itself is very telling. If a company wants to gain the trust of its customers or clients, they would make an extra effort to give out that information to them. The idea is that it would make the best business sense to be above board, according to FTC regulations.

What The Costs Include
It is important to mention, in defense of the company, they have left a lot of information off of the company website. For instance, there is an inexpensive $19 per month Retail subscription. It does not allow referrals, but interesting and curious they left it off their site. There is a week-long trial that is also skipped at the company site.

So, how much does it actually cost to buy into the program? Well, if you are all about all or nothing, then you will be on the line for $5,990 along with an ongoing price of $132 per month. Of course, the issue is that you have no idea whether you will be able to make up that money from the subscription. There is too little information available to justify making such an “investment”.

There is access to the vacation/global resorts from this point according to a tiered subscription plan. The Silver plan is 2 weeks per year for $2,995, while Platinum plan is 10 weeks per year for $7,995. The Diamond is for 20 weeks every Year for nearly $12,000.Essentially, if you wanted to buy into the whole program it costs more than $14,000 and $132 per month.

The Compensation Plan
Apprentice subscribers earn $20 on their own apprentice sales and an added 10% for other direct line sales. Otherwise, you will not make a commission.

Various people in the online affiliate marketing community are claiming that the Internet Lifestyle Network is a scam. Now, keep in mind these are claims, and may or may not be truth. The problem with that is it could be considered libelous if it is inaccurate claims against the company.

The issue is that there are no big claims to the scam that make the reality of the issue known or not. It is a basic he said/she said situation. Participants may want to wait for the FTC to weigh in on it before deciding either way. 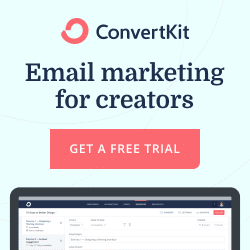 What Is Attraction Marketing